It’s still really nice here, weather is behaving itself by and large.  To be honest I don’t know how I haven’t got a tan going on, it’s been mostly sunny.

Although some things have changed at the beach it’s always pleasing to note that the sign in the front garden of the neighbours house is still as vibrant as ever. I’d have to check if anyone has stopped to ask if they are open today, it has happened.

I was pleased with yesterdays efforts at bread making, so I’m giving it another crack today. Focaccia style, again. Bread rolls are the other go-to recepie but they get snacked on and grazed over to easily, best not let temptation get in the way of a good intention. 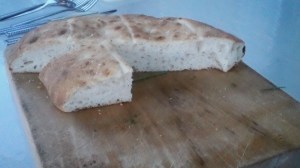 The Focaccia was really nice with the barbecue chicken that I cooked last night, toasted a bit of on the barbecue,added some stuff,  just the thing. Chicken was in a lemon and herb dressing, I’m told. 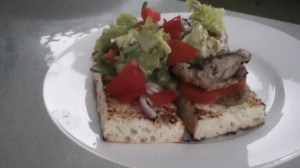 I just do the cooking.

We had an impromptu drink thing with some of the neighbours last night, those are the best type of evenings. Tonight being New Year Eve we’re off to a communal drinking party, or gathering, after dinner, so everyone has eaten, less catering and faffing about by the hosts. Tonight it’s at ‘diggers’ place, he’s the self-appointed ‘Mayor’ of the beach. I’m sure he’s more diligent and trustworthy than the one we have in Auckland, although he does like to put it about at bit, but that’s not a secret.

In other news  was made to brave the ‘big smoke’ we all know as  Whitianga. Didn’t seem to be busy or full of touristas as it has been in the past. We didn’t stay long.

Did however stop of Kuaotonu for a coffee at the always excellent black jack coffee place.  Hasn’t really improved my mood though. Woke up today with a sore calf, and sore ankles. Exercise on the unmade roads is really a bit tricky for an old fella like me, so I have to take a day off. On the plus side did buy two local beers which I’ll enjoy (hopefully) a bit later.