4:20 am and the clock goes tick-tick-tick Musings

The difficult notion of space navigation has been keeping me awake. 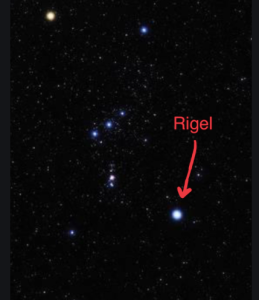 Sure it’s easy to point to Rigel, the second-brightest in the constellation of Orion and away you go. Getting there seems to be less problematical.

Granted the 800-odd light years (give or take) presents it’s own problems.

But away you go. Point-to-point in a manner of speaking. You’d have to make a lot of in-transit adjustments to get you there, if you just pointed and fired I’m pretty sure you’d miss the target by a fair way.

Anyway, you get there, do a couple of laps, of some planets that might or might not be there, and then you decide to go home, back to Earth.

But then you realise that you have no idea where Earth is, where our Sun is. All those in course adjustments, who was taking notes, you were pointing in the right direction, no one looks back. 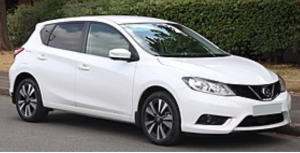 The answer it seems is in Pulsars. They’re a highly magnetized rotating neutron star that emits beams of electromagnetic radiation out of its magnetic poles. This radiation can be observed only when a beam of emission is pointing toward Earth (you), and is responsible for the pulsed appearance of emission.

All you need to do is find two or more of them and you then have a method of astral navigation. Sure it’s not pencil and paper on a napkin maths, but you should be able to work out where you are relation to another known point (in this case Earth) because you’ve made that observation from Earth before you left, you worked out the pulse times and you made a map of where they are.

Reasonably then you should be able to make similar observations from Rigel and deduce the location of where you want to go back to. It’s called -Xray pulsar-based navigation and timing (XNAV) or simply pulsar navigation.

“the periodic X-ray signals emitted from pulsars are used to determine the location of a vehicle, such as a spacecraft in deep space. A vehicle using XNAV would compare received X-ray signals with a database of known pulsar frequencies and locations. Similar to GPS, this comparison would allow the vehicle to triangulate its position accurately (±5 km). The advantage of using X-ray signals over radio waves is that X-ray telescopes can be made smaller and lighter”

I was thinking about the shape of space ships. Of all those that have been in films the most sensible would be either Serenity (from Firefly) or the Millennium Falcon. Shapes like the Enterprise for example would present all sorts of mechanical nightmares, and unless there’s a health risk from the engines I can’t see why (apart from looking great) they would be considered to be practical.

Space travel wouldn’t be cheap, it’s not Star Wars everyone has a spaceship to gad about in. It’s expensive, it has to be be (even if there was unlimited free energy to be had the cost, and maintenance of the craft would be enormous), you would surely end up with slab shaped things with engines attached. Cargo ships, or ferrying cargo would be the only way to make everyday Star Wars/ Star Trek / Firefly jaunting practical. 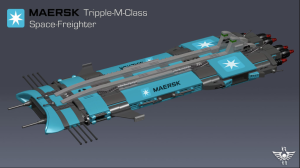 You don’t see them in movies, they’re not romantic or visually appealing (although Sandra Bullock probably has a movie idea about a run away space freighter).

I need to sleep more.

4 comments on “4:20 am and the clock goes tick-tick-tick Musings”

This entry was posted on January 30, 2020 by Philip Walter in All about me, Denial, H for Harden up., I feel, Instant Gratification, Justsaying, Life, not all about you, piffle, Simple Life, Singing on the bus, The 4am Musings and tagged insomnia, Pulsars, Serenity, Space Navigation.