We are guests at the beach house. 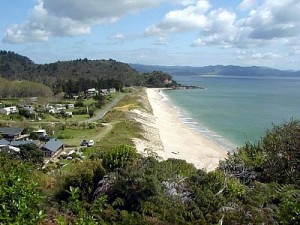 I’m lucky enough to have in-laws who invested in a beach property many years ago. It’s a lovely place, built in the traditional way, it’s weatherboard and tin roof, built and added onto over the years, tiny improvements and changes made,

We’ve raised children there, and have many beach friends as a result.  As a lifestyle for summer it is something remarkable and we are lucky beyond measure.

The problem however is that in over 20 years that we have been going to the beach house we’ve only ever been guests, You see the house is lived in by the now retired in-laws during the summer months. And before they retired, as school teachers, they would spend extended time there. And we were expected to be at the beach for 4 weeks or so over the summer break.

It got to a point that we’d have to take the children on holiday to alternate destinations since they felt that it was not a holiday, it was just “the beach house”

Which you’d think is a bit odd. Well it is odd, we’re always treated as guests.  Worse is that the older generation are very set in their ways, it took almost a decade for us to drop the roast dinner on christmas day for a bbq. Really. And that’s the least of the stories.

Don’t get me started on the washing machine!

So despite having a beach house in the family it really is only a second house for the in-laws. It is a home for them, it isn’t a holiday. It’s not a fun time for them, and now it’s not a fun time for us. It hasn’t been for a few years. Sure we’ve dropped some pretty direct hints and since the children have become more independent we’ve shortened our stays. We no longer go on long weekends such as Easter. It’s a pity but it really is the most uncomfortable of places where you are treated as both guest and family.

The sad thing is the in-laws don’t get it. I know mother would love to do something different for christmas or have a break that isn’t the beach house. It won’t happen, the best they do is a day or two away to attend a funeral. It’s like the elephant in the room. I think we all know it but no ones wants to talk about it. After all it is a family home, and they’re family.

Meanwhile we continue to go, and moan about it, not enjoying it and thinking of excuses not to go. Sadly we will soon be too old to enjoy it in the way we could have when we were in our 30’s or 40’s. And because of the way the in-laws are we’re not visited as much as some holiday makers, after all it’s a home not a holiday.

I am pretty sad about it, and it is the cause of many uncomfortable arguments, particularly about what is or isn’t allowed to be eaten, or when we eat, after all it is a routine and dinner has to be a 6:30!

This entry was posted on August 22, 2011 by Philip Walter in All about me, Children, Christmas, Fairness, Family, Friends, Justsaying, Life, Simple Life and tagged family holiday, guests, Holiday homes, in-laws.