I found this lurking in the fridge – Wild Beer – Put it in Your Pipe. I hadn’t forgotten it I just had overlooked it.

Brewed by Wild Beer this is in the style that is : Stout  or equally Smoked and they are based in Shepton Mallet, England

A beautiful black stout with an enormous amount of smoked malt to produce a delicious flavour reminiscent of Lapsang Souchong tea. A staggeringly smooth and smokey sweetness radiates through the beer, evocative of being warmed around the campfire on an autumnal evening. The malt is smoked over open beech log fires giving a distinctive yet mellow smokey character. We love to drink this beer whilst eating slow-cooked pork or barbecue dishes, where the smokey flavours play alongside each other and the body of the beer matches nicely to the rich meat. Or, for something more unusual, try it alongside a creme brulee where it will be a winning partner to the burnt sugar.

So a Smoky Stout?  Certainly smokey on opening and obvious. But rich aromas too.

And the cup overfloweth – this is lively in the glass, with a 50/50 pour that went everywhere, but it looks great 🙂 Nice rich dark black and a fluffy mocha coloured head of substance, which hangs about.

The taste is amazing when you get to it. rich and warm with lovely  bitterness and a top layer of smokiness.  Very moreseome.

What a fantastic way to get to Friday evening and you’ll see that I supplemented my journey with bread making and I have the vinyl player going too.

Second pour wasn’t better than the first and it made me smile the first time, now it makes we frown. It doesn’t drink carbonated so something else its happening – he said showing his ignorance of things – but to be fair it’s really nice drinking and I’m not going to be sad for long, except that I only have the one bottle.

The only thing between this and greatness are a couple of things, the pour, and I wish there was more depth in the fruits/raisin in this to give it more chew on the drink. But let me just say that if I can get another I’m in like flynn.

The pdubyah-o-meter rates this as 9 a of its things from the thing. Either I’m getting soft or I stumbled into a rich vein of really goods beers more often than not lately, lets not forget a couple of shockers though that I’ve been told are better than I think they are, namely the Landlord, which apparently is a drink of choice of a friend in the UK when he sees it on tap, and if he says so then I’m sure it is because I only remember him drinking lager.

I also fabricated some bread in the couple of hours in the afternoon, it turned out so well I made two loaves instead of the one, it smells great and will go well for dinner tonight, if  only I’d thought that through since dinner at the moment stands at “bread…” 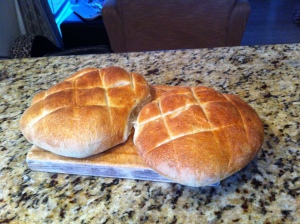 But I also deeded that it was vinyl musics time and so I got out the recordings . .

It was this, Fat Freddy’s Drop –  The particular track off  the  “Dr Boondigga and the Big BW” Album is Shiverman – that I started with,  I went and had another dance….