Charity begins with me. 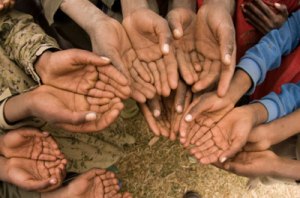 So the story goes like this “a charity set up by <insert a name here> to help <insert cause here> has folded after only two years – and most of its money was spent on running costs, with little reaching the intended recipients.”

It continues.. “raised tens of thousands of dollars from high-profile charity events and other funding. ” but the “foundation” has shut up shop since  “the money raised … was spent on running costs and planning a mentoring scheme that never took off” and tellingly “We decided other organisations were better served doing this than us”

The great idea?.. to “operate a programme for the education and advancement in life of children and young people”.

The annoying and prevalent thing is that everyone and his dog has a “foundation” or “charity” idea.  Unless you have a very specific cause or goal, and this could be “Build a new home near to help parents of children in cancer wards” or “Restore thebuilding to its former glory” then almost without a doubt your big idea of a charity either exists in a slightly different form, or is so small in scope that it’s just something you’re doing to make you feel good.

There are many point sharitable things (Sharing and charitable – you see what I did there?) like setting up a fund for children of accident victims for instance, this isn’t strictly a charity it’s a call for donations to help a need at a specific point in time.

There are numerous professional charities and foundations. They pay their staff wages and operate their funds prudently. There are many success stories. There are probably numerous smaller charities that work on a localised basis that are a success.

The thing with this particular name, and something that I don’t think a lot of people ‘get’ about celebrities and charitable causes is summed up as “I decided that the most effective way for me to make a contribution to the charities I want to support is to give my time for free”

That’s not exactly cash in the bank, and depending on the circle of influence the celebrity has difficult to turn into dollars. They expect joe public to feel good about them enough to put their hard-earned cash into the coffers and support their “charity”, which in effect is saying that the charity exists to keep them from getting a real job, or that they have a real job and their own money, and fronting  for a charity event is a couple of hours of time, and their money.

Just saying do you think <insert your celebrity name here> gets his/her hand in their wallet when they can infer that you should donate to something because they believes in it? Why do you think celebrites are paid to front ads for aid in Africa for instance?, or if not paid then “dontate their time”

Does all that make me unchariatable? I don’t think it does, I give wisely and prudently to tangiable things, things that I believe in, not things that you think I should belive in.