We all follow the Palace, Over land and sea, And Brighton…well not Brighton 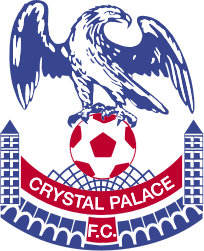 In a stunning turn of events the mighty mighty Eagles, Crystal Palace F.C., late of Selhurst Park, London SE25 gained promotion from the Championship league to the Premier League of  English Football.

So the next season no travelling to Brighton, Blackpool, Charlton, Derby or Leeds, oh no.

Next year, they get to visit Old Trafford, The Emirates, face the Kop, take on the might of Manchester City, and visit Upton Park and many other grounds

And being in New Zealand I’ll get to watch each and every game live, on paytv.

The playing team that won the play-off game has a cost value of around 2 million pounds sterling. True they’ve sold Wilfred Zaha to Manchester United for 15 million pounds, a tidy profit, but they have to be prudent and pick up some quality players that will get them over the first year hurdle. Otherwise it’ll be 38 games of edge of seat panic.

The reward for promotion and in a worst case scenario relegated is estimated to be in the region of 120-140  million pounds. Mostly from TV I imagine, hardly from shirt sales, although they’ll add a few coins into the coffers.

They may stand a chance, based on the different styles of football that exists between the Premier League and the Championship League teams.

But the real bonus is that I get to wear my old replica shirts, wave my scarf and even invest in a new shirt.

It’ll be a wild time.

This entry was posted on May 30, 2013 by Philip Walter in All about me, Blogging, interesting, Justsaying, score, Sport and tagged Crystal Palace FC, Eagles, Premier League, Selhurst Park.